Intrusion Alarm System is a system designed to detect intrusion – unauthorized entry – into a building or area. Security alarms are used in residential, commercial, industrial, and military properties for protection against burglary (theft) or property damage, as well as personal protection against intruders.

Some alarm systems serve a single purpose of burglary protection; combination systems provide both fire and intrusion protection. Intrusion alarm systems may also be combined with closed-circuit television surveillance systems to automatically record the activities of intruders, and may interface to access control systems for electrically locked doors. Systems range from small, self-contained noisemakers, to complicated, multi-area systems with computer monitoring and control. 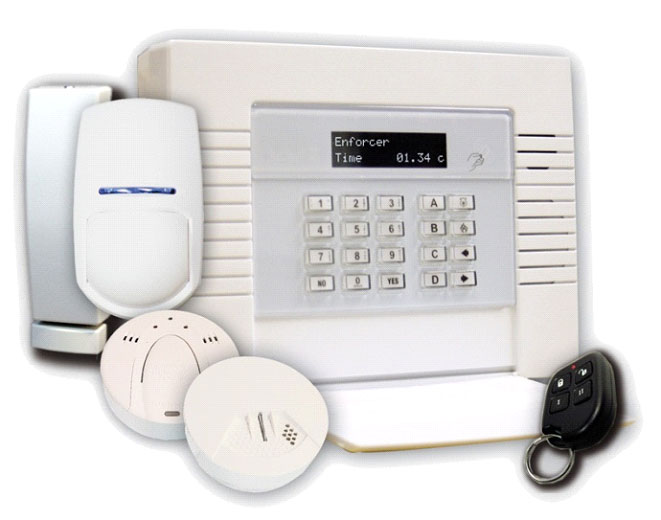 Components of the System

• Premises control unit (PCU), or panel: The "brain" of the system, it reads sensor inputs, tracks arm/disarm status, and signals intrusions. In modern systems, this is typically one or more computer circuit boards inside a metal enclosure, along with a power supply.

• Sensors: Devices which detect intrusions. Sensors may be placed at the perimeter of the protected area, within it, or both. Sensors can detect intruders by a variety of methods, such as monitoring doors and windows for opening, or by monitoring unoccupied interiors for motions, sound, vibration, or other disturbances.

• Alerting devices: These indicate an alarm condition. Most commonly, these are bells, sirens, and/or flashing lights. Alerting devices serve the dual purposes of warning occupants of intrusion, and potentially scaring off burglars. These devices may also be used to warn occupants of a fire or smoke condition.

• Keypads: Small devices, typically wall-mounted, which function as the human-machine interface to the system. In addition to buttons, keypads typically feature indicator lights, a small multi-character display, or both.